This book has been standing for quite a while on top of my review list, but I have been consciously avoiding to revisit it. It was so powerful, so emotional, so sad, so engaging , that it haunted me for days and days after finishing it. Really. It stirred something deep inside of me, and partly due to the fact that I knew that what happens in the book has also happened in real life , and that everything in it was true. If you need something more to recommend it, I’ll tell you that it has won the Man Booker Prize in 2014.

The novel tells the story of the Australian prisoners of war who had fallen in the hands of the Japanese , and who were sent to Burma, with the task of completing an insane plan, building a railway in the jungle between Bangkok and Rangoon. The conditions they were forced to work in were unbelievably inhuman, with scarce food, unending shifts, primitive tools and more than unsanitary conditions (the descriptions of the leg ulcers are more than lively and they have stayed with me for a considerable amount of time, to say so). 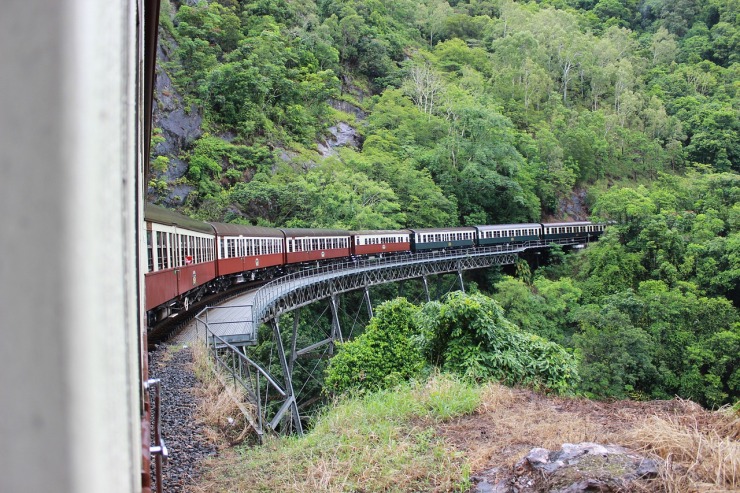 This is all presented to us through the eyes of Dorrigo Evans, an Australian officer and doctor. ‘Oh, another novel about wars,’ you might feel tempted to say. I agree that many books pertaining to this genre can be rather dry, but this is definitely not the case. This is personal, this is intimate. It does not tell the story of atrocities and how they came to happen , but the story of men who have suffered beyond limits. Men who went through Hell, and survived to tell the tale, and who were psychically maimed for the rest of their lives. That is Dorrigo’s case, in the end.

The narration unfolds on three different levels, corresponding to different moments in time: first, we have the love story between Dorrigo and his uncle’s wife, Amy, which takes place before the beginning of the war, then the building of the railway is vividly painted to us, and last, we are confronted with an aged, successful , but decidedly unhappy Dorrigo. As the stories advance, they converge in the end. It might sound tiresome and complicated, but it’s actually not. It’s an engrossing and fascinating novel, and it contains some memorable scenes, which are sure to obsess you for weeks after finishing the book (I’ll only say this: the scene with the American soldier in the Japanese hospital. Read it, and you’ll know what I’m droning on about).
All in all, ‘The Narrow Road to the Deep North’ is definitely on my must-read lists. But don’t start if, if you’re just looking for something light, to pass your time, or something to read on a beach, when you’re on vacation. Oh no, this book deserves time and respect.